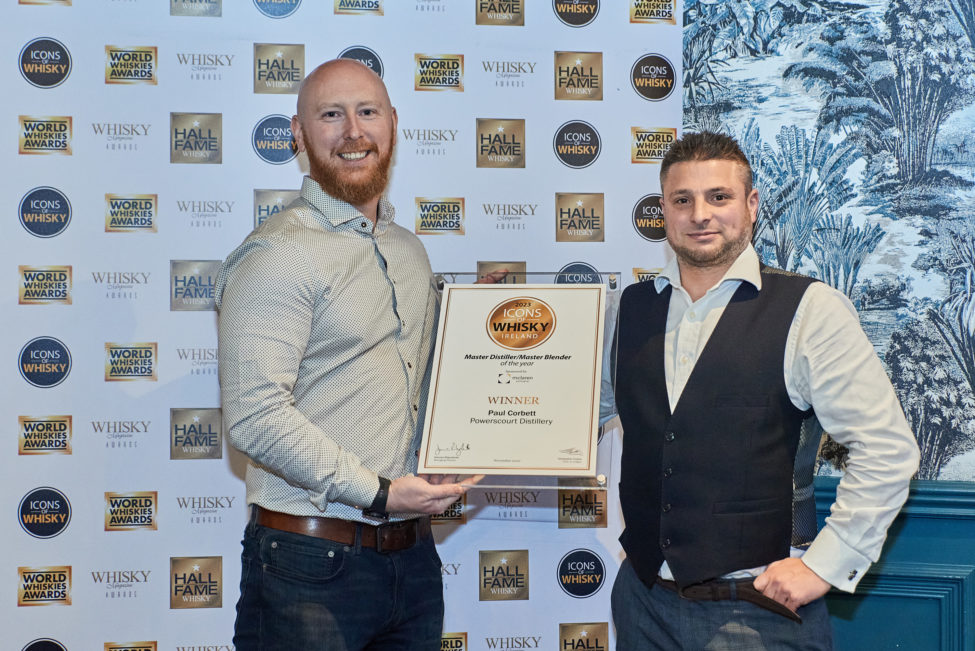 John Wilcox of Blackwater Distillery was Highly Commended. The winners were announced in Dublin.

Among some of the biggest winners of the night were Irish Distillers, who took home the prize for Distillery of the Year, Blackwater Distillery, who won the award for Craft Producer of the Year and Dingle Distillery’s Michelle Guilfoyle, who was awarded Distillery Manager of the Year.

“Packaging plays a vital role in the branding of drinks and, as such, McLaren Packaging is delighted to support the awards to help raise awareness of our innovative, premium drinks packaging solutions within the resurgent Irish whiskey sector.”

Christopher Coates, Whisky Magazine’s editor-at-large, added: “The burgeoning Irish whiskey industry is really coming into its own this year, as many producers have begun to transition from sourced liquid to spirits distilled entirely on their own sites and by their own teams.

“Hand-in-hand with this coming of age for Ireland's newest whiskies, the reopening of the world following the Covid-19 pandemic has seen the Irish whiskey tourism industry blossom in earnest.”